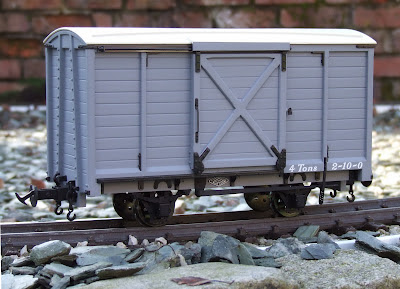 The Welshpool & Llanfair Light Railway was well provisioned with goods rolling stock when it was opened in 1902, all of which was supplied by Pickerings and the majority of which survived the closure of the line.  The initial order included four of these vans built to carry four tons, equipped with sliding doors and single brake and later fitted with safety chains.