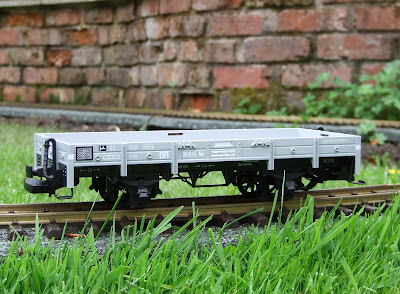 These multi-purpose wagons were once found on the Deutsche Reichsbahn (East German Railway). 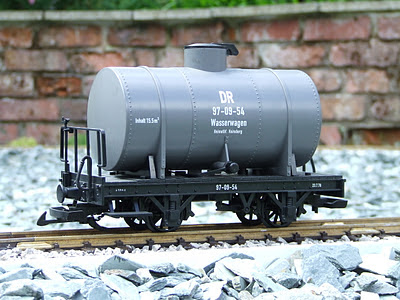 From the early days of railways, it was clear that tank cars were needed. Tankers normally haul liquid freight, like oil and gasoline, but they are also used as maintenance cars to provide water.
Model: Complete with an opening fill hatch and working drain valve, 97-09-54.
Length: 250mm LGB: 40010
Posted by The Controller on Monday, January 30, 2012 No comments: 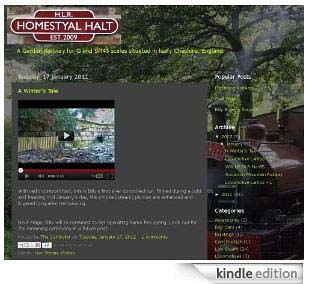 Now available from Amazon for regular download to your Kindle reader.
Kindle Blogs are auto-delivered wirelessly to your Kindle and updated throughout the day so you can stay current.
Amazon - UK
Amazon - US
Posted by The Controller on Friday, January 27, 2012 No comments:

Email ThisBlogThis!Share to TwitterShare to FacebookShare to Pinterest
Labels: Publications


With radio control fitted, this is Billy's first ever controlled run. Filmed during a cold and freezing mid January's day, the smoke (steam) plumes are enhanced and lingered long after her passing.


Next stage, Billy will be renamed to her operating name this spring. Look out for the renaming ceremony in a future post.
Posted by The Controller on Tuesday, January 17, 2012 2 comments:

After priming with white primer, the lamps were given two coats of white gloss enamel paint, applied by brush and a steady hand. Once dry, the handles and lenses were painted with black and red enamel respectively. 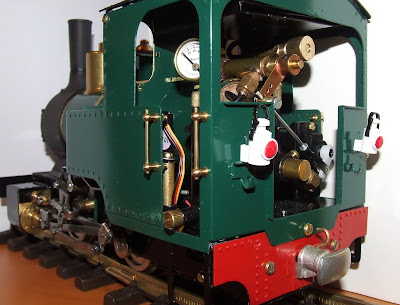 Here they are, hanging on the rear of Billy's cab.
Posted by The Controller on Wednesday, January 11, 2012 No comments:

The W&LLR ex Sierra Leone Railway No.85 engine was repainted in 2009 from it's midnight blue scheme to matt black, representing her appearance in Africa.
Today after her boiler certificate expired back in April 2010 she resides at the NRM Shilden, on a five year display until 2016.
Here she can be seen departing Welshpool during the W&LLR Steam Gala of 2009.
Posted by The Controller on Monday, January 09, 2012 No comments:

To reach the top of Snowdon you can either walk or take the train to the 3560ft summit.  Since 1896 visitors have been able to travel to the summit on this 'rack' railway whilst enjoying the breathtaking views along the way.

On this occasion I just visited Llanberis Station, but I was still able to take some departing shots.

Posted by The Controller on Thursday, January 05, 2012 No comments:

A couple of lamps were needed to put on the brackets at the rear of Billy's cab. Roundhouse make and sell these in a two part kit made from white metal (Product code: CLL). 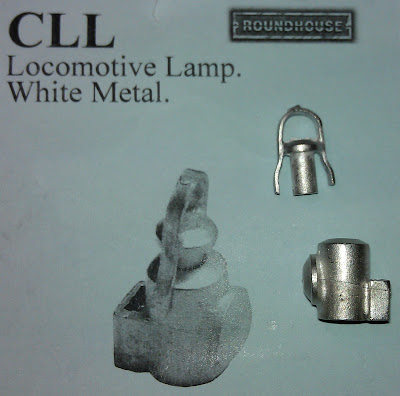 A little epoxy resin was mixed and applied to the two parts of each kit. They were then left to set for 24 hours before being primed with white metal primer. 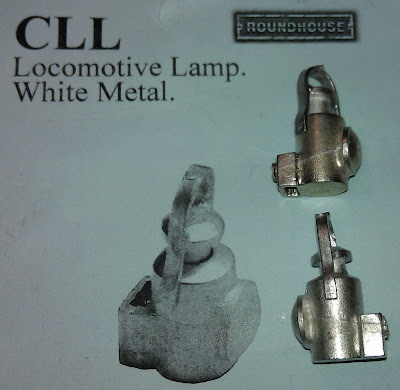 Next stage, painting.
Posted by The Controller on Tuesday, January 03, 2012 No comments: