After arriving from Yorkshire last week, Katie completed her service and pre-operational checks with HLR.
Posted by The Controller on Thursday, July 16, 2020 No comments:

A signal box was commissioned for the operation of the high and low cross section. Modeltown was just the company to supply the building (Kit 12A).

The four walls were glued together squarely before they were primed, together with the one piece base. 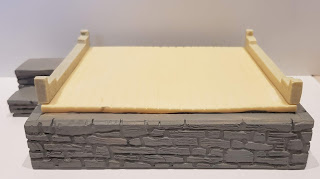 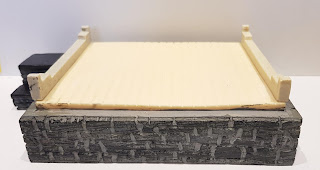 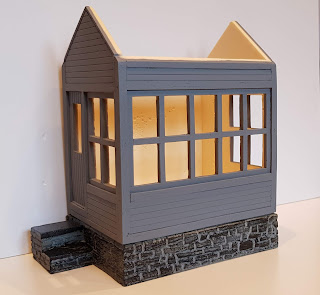 Humbrol Blue Grey (79) was applied first to the slate followed by a heavy dabbing of Reeves Mars Black. The woodwork was painted with Tamiya X7 Red and Humbrol White 22.

In addition to the supplied internal bits and pieces, a shelf was fitted below the windows for Wayne the signalman, to rest his daily mug of coffee.

The name board is Plastikard with Slater's 5mm white lettering.

Two small soft white LED's were fitted to the ceiling with the wires routed to below the floor to the battery box.

A 5mm sheet of Foamex was screwed to the bottom of the model and painted Reeves Mars Black.

The whole model was then varnished gloss for paintwork and matt for stone and slate work. 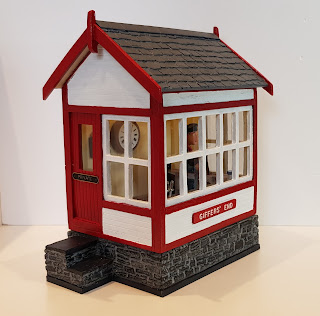 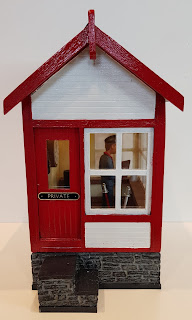 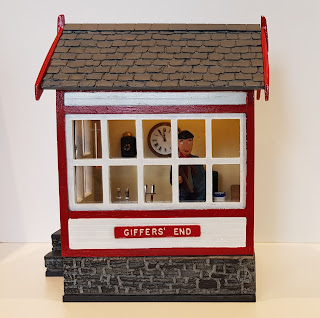 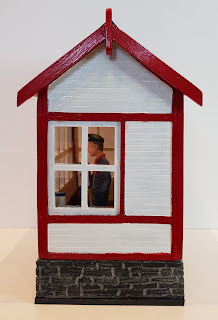 Posted by The Controller on Wednesday, April 01, 2020 No comments:

HLR's latest addition to the fleet of rolling stock is this Timpdon wagon.

A really simple, yet well made kit to make.

The only deviation I made from the comprehensive instructions was to add three layers of fine tissue, individually glued with adhesive spray to the roof sections.
Posted by The Controller on Friday, January 31, 2020 No comments: