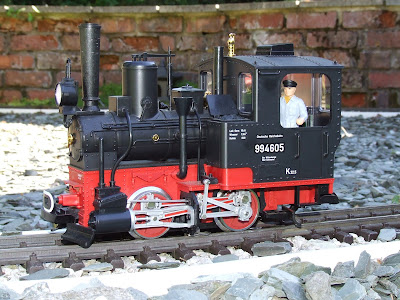 This alternative Stainz steam  locomotive is perfect for delivering freight loads to local industries and passenger consists to local stations.

Brookwood - The Foundations (Stage 1a) 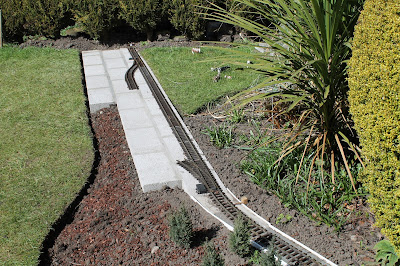 With two and a half rows of blocks laid, the station foundations are almost complete. At the bottom of the photograph another three blocks will be laid at the end of row two for the line to continue to the Ash Pit, Repair Pit and the Maintenance Shed. 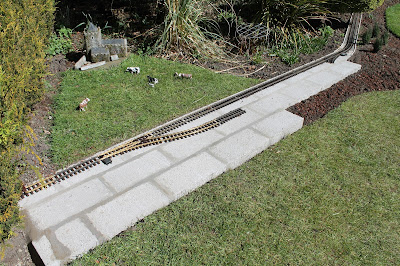 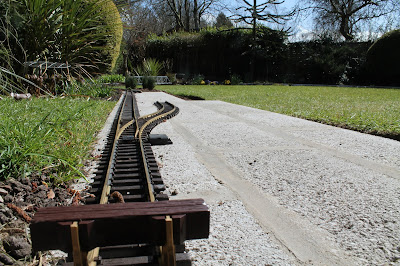 Looking along the line from where the platform will be, towards Brookwood Bridge which can be seen in the distance.
Posted by The Controller on Monday, April 22, 2013 No comments: 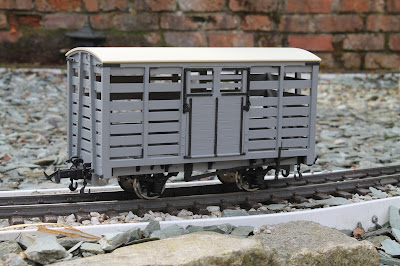 As the weather continued to be kind I set about laying the first foundation stones for the line into Brookwood Station.
Unlike the rest of the line I decided to use 100mm grey solid dense blocks for the foundations to give a flat and wide area for gradually developing the station and it's sidings, block by block. The initial block was laid at the point where the line ended last summer. 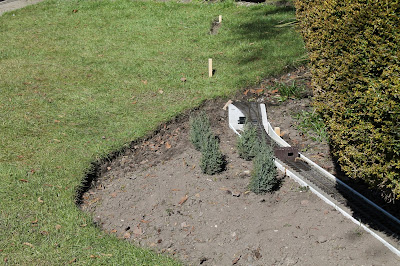 Each block was laid on a mixture of soil and 6mm limestone after the ground had been thoroughly tampered down with a small concrete brick to help prevent movement in the future. Between each block a 12mm gap was left and a 4:1 mortar mix applied. 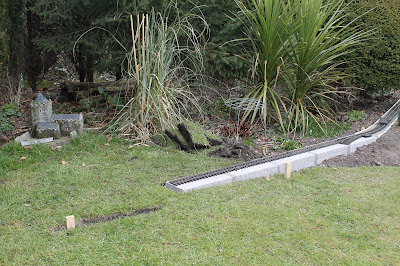 Each block was carefully checked for level and after each was laid, the overall level was checked. Any surplus mortar was pointed alongside each stone at the foundations. 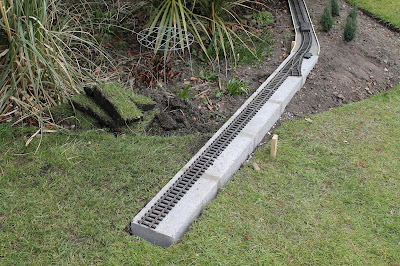 Bit by bit the the blocks were laid for the station platform line, all the way to where the buffer stop will be. 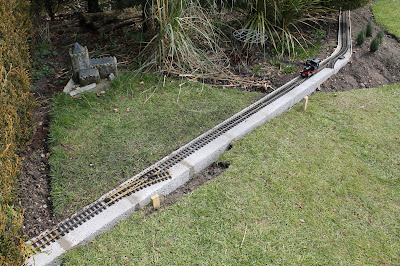 The initial blocks were left overnight before the track was loosely laid and engine tested. Now I think I'll leave it a week to settle before adding the next lot of adjacent blocks.
Posted by The Controller on Monday, April 08, 2013 No comments:

At last with the weather improving, I can begin to create Brookwood Village. During the winter months, of which there have been plenty, I have managed to collect plenty of track and building supplies ready for the contractors, builders, track gang and their fellow wayside workers to commence. 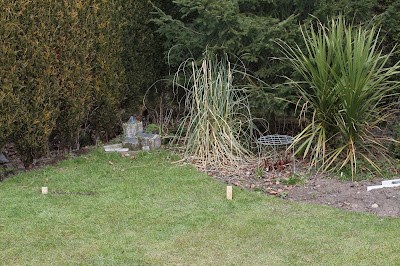 This is the site for the new village, just in front of the ruins of an old church. Two leveling pegs have already been positioned on the left and middle of the photograph. The current 'end of the line' can just be seen on the right of the photograph. 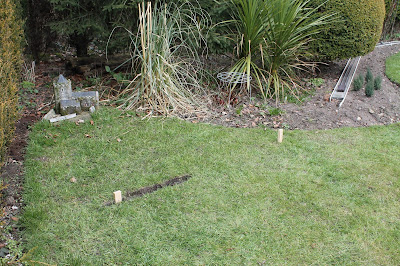 Posted by The Controller on Tuesday, April 02, 2013 No comments: